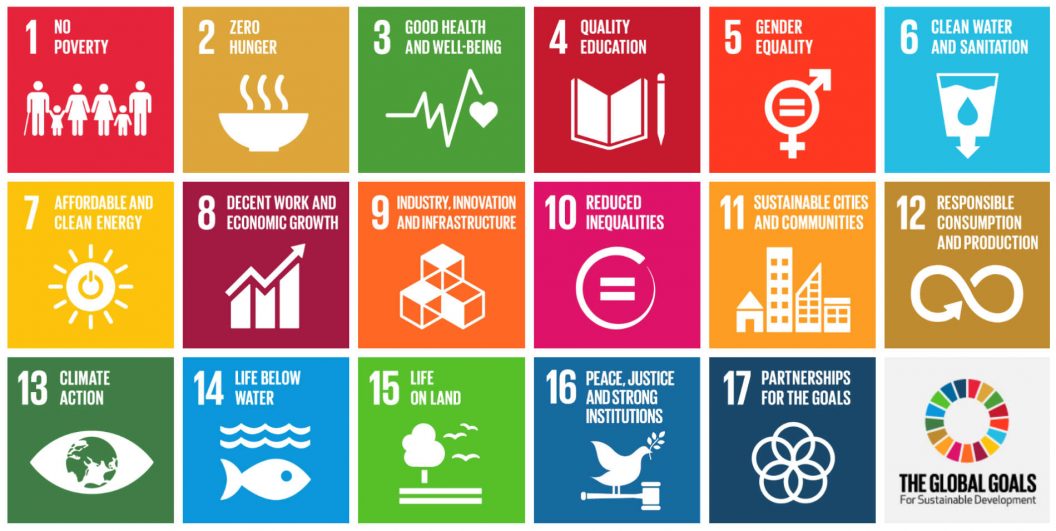 The Sustainable Development Goals offer a ‘pick and mix’ approach to implementing sustainable development. The 169 sub-goals clustered under 17 headline ones seemed destined to confuse and, more seriously, distract from the main task. The bias towards business-as-usual economics means that the most important things, like ending poverty, avoiding dangerous climate change and spreading social justice and good governance will not happen.

Like me as a child, my sons loved the pick and mix approach to sweetie purchase. It provided a useful early lesson in market economics. Choose the ones you like most up to a weight limit, my Mum would say. Dazzled by the choice in the jars on the shelf, I normally stuck to a small number of favourites that I knew would give certain satisfaction. By the time my children came along the market was smarter, offering ever more tempting new sweetie experiences including, I recall, a liquorish Darth Vader.

With its website slogan “pick the goals you care about and make them famous!”no wonder the newly-minted Sustainable Development Goals remind me of those shelves of sweetie jars. (Alert: go to www.globalgoals.org as in order to get rid of that oh-so-politically-inconvenient term, ‘sustainable development’, the SDGs are being rebranding as Global Goals). With 169 sub-goals clustered not too coherently into 17 overarching goals this will be just what governments, businesses and groups of people the world over will be doing. Picking without much mixing.

Which is why I am sceptical the SDGs will be that helpful as we try to make sense of what to do next. Even a moment’s deep reflection on why the Millennium Development Goals (8, with 21 sub-goals) didn’t slow, never mind halt or reverse any significant negative global trend would have demonstrated that sustainable development is about achieving our social, environmental and economic goals at the same time. Not picking one over another, as we know already that doesn’t work. It is the at-the-same-timeness that will determine whether human development will be sustainable or not.

For example, the keystone Millennium goal – halve by 2015 the ‘share’ of people who live in extreme poverty – failed. Yes, aided by statistical gymnastics, the proportion halved, but because of increases in global population, the absolute number didn’t really change that much. Meanwhile, at the other end of the scale, a concentration of global financial resources in a small number of hands reached scandalous levels. Resource overuse and damage to global ecosystem services also continued unabated, with faith in our justice and governance institutions to respond reaching for rock bottom. If nature has not benefited greatly from the Millennium Development Goals, then neither has humanity.

It’s hard to see how the reworded keystone Sustainable Development Goal – End poverty in all its forms everywhere – will fare any better. It has eight times as many sub-goals to distract from rather than reinforce its primacy. More lethally, they incorporate the assumption that the current political model, based on traditional views of economic growth, will prevail for the next 15 years. Many people and organisations contributed to the design of the SDGs, but it is the ground rules of business-as-usual that have triumphed.

If everyone can find something to do that contributes to a least one of the new goals then, it is argued, that must be a good thing. But is it? Can the intellectual incoherence of operating an economy that grows the wrong things while damaging the ecological and social fabric that makes life not only possible but worth it ever be a good thing?

Elsewhere on this site, I am writing about What Good Looks Like, an attempt to arrive at a good enough idea of what the essential features of a sustainable world might be. So I will come back to the SDGs and see how they measure up against that, and what any differences (and similarities) might tell us.