Dismal scientists are people too

I am grateful I read The Worldly Philosophers by Robert Heilbroner a very long time ago. It removed my fear of economists and economics.  Heilbroner talked about them as humans (with frailties like the rest of us) and showed that the ‘dismal science’ they practiced was not governed by physical laws like gravity, but by ideas – big ideas, yes, but fallible ones.

Who could fail to be comforted by knowing that Adam Smith (who described the invisible hand of the market, now a granite belief of orthodox economists) lived with his mother and in fits of absentmindedness would wander the streets of Edinburgh in his dressing gown. Or that 125 years later, Thorstein Veblen (who was the first to insist that the emergence of technology and science would be a historic force in the 20th century) refused to have a telephone and used safety pins to hold up his socks.

Heilbroner wrote the book in 1953 when he was a graduate student, and it has been popular and in print ever since.  It remains a very good read and a great confidence builder for positive deviants fearful of tangling with economics.

Further comfort may be found from Heilbroner’s later observation [in The Nature and Logic of Capitalism (1985)] that the great economists universally saw limits to whatever “regime of capital” they described:

‘Adam Smith describes the system as reaching a plateau, where the accumulation of riches will be “complete,” bringing about a deep and lengthy decline. John Stuart Mill expects the momentary arrival of a “stationary state” when accumulation will cease and capitalism will become the staging ground for a kind of associationalist socialism. Marx anticipates a sequence of worsening crises produced by the internal contradictions of accumulation … Keynes thought the future would require a “somewhat comprehensive socialization of investment”; Schumpeter thought it would evolve into a managerial socialism.’ 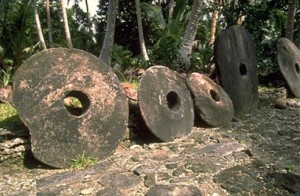 All that is a prelude to a particularly good and more recent read for positive deviants: Felix Martin’s 2013 book, Money: The unauthorised biography.  This is another confidence-building, myth-busting book. And a real page turner, not commonplace in the world of financial literature!  Martin describes how money became distorted to the point where it corrupted our economic system.  Originally money was a symbol – representing trust between lender and borrower.  The mistake was to make it a thing, that could be bought and sold, as trust never could be. As a result, moral society has become a monetary society.

Like it or not, the territory on which the future of sustainability will be won or lost, will be that of the economy, with the role of money in it of prime concern.  After all, an economy is about how we relate to each other and the environment, so knowing enough about how it works now and how it could work in a way that doesn’t trash the environment and force us to be bad to each other could hardly matter more.  Thanks to writers like Robert Heilbroner and Felix Martin, we can all learn in an enjoyable way.

Worth reading too is Felix Martin’s blog Bitcoin is pointless as a currency: but it could change the world anyway for Wired Magazine